skip to main | skip to sidebar

So the last time I posted, many months ago, I was going on about vintage chairs....

Since then, one family member lost his fight with brain cancer, another family member battled breast cancer, we've added another four-legged critter to the household, and suddenly -at this late date- I've turned into a fitness convert. I think it's pretty safe to assume that the latter items relate to the first two, but don't ask me to explain it! With all the chaos and upheaval going on, I suddenly lost my blogging voice. It may be coming back, we'll see.

In the mean time, let me introduce our newest family member, Skye. 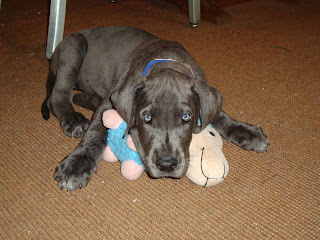 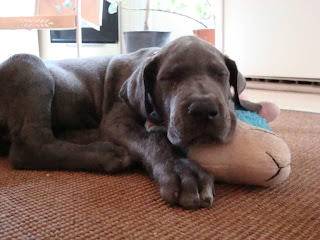 Skye, 8 weeks old in late September
This joyful girl came to us in September, from Blue Moon. I've had the pleasure of living with a couple of Great Danes over the years, but Skye is the first one we've had from puppyhood on, and it's an been quite an adventure so far. Every time she sleeps, she seems to wake up taller, or longer, or with bigger paws. See what I mean? 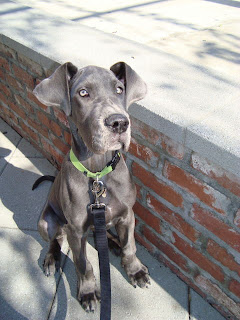 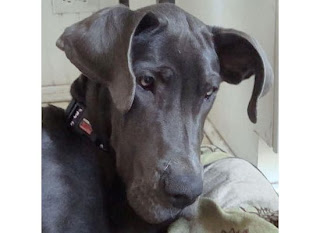 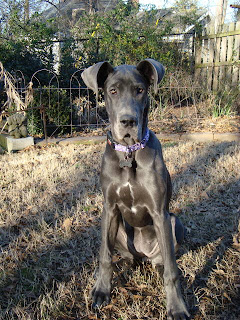 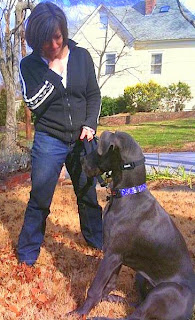 Skye in February
Meanwhile, a whole lotta nothing has been checked off the household renovation list, but I've got lots of new ideas and schemes.
And I've had some lucky finds on Craigslist recently.
And Smithy made a gorgeous iron grill for our as-yet-to-be-installed front door.

So please check back in soon; updates to come.
Posted by The Woodshedder at 10:46 PM 3 comments: 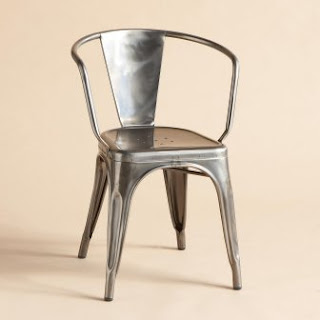 Earlier in the summer, back before the mosquitoes were aggressive enough to carry you away, or deplete your blood supply in a minute flat, I had the naive idea that I might want to entertain outside. And while we have a decent amount of mismatched chairs that could go outside, we didn't actually have a set designated for the outdoors.

Well, actually we still don't, exactly. Here's what happened in the mean time.

My allotted space for a patio is an 11' diameter gravel circle, surrounded by crape myrtles, hydrangeas, camellias, and ferns. All in all, not a bad spot. The bench already in place is a smallish teak Lutyens-style bench that I've had for years. The only problem is, I didn't particularly want to add more wood chairs, and didn't want the added formality of matching the Lutyens bench. I'm still working with the Cottage-meets-Deco theme here.

So I obsessed over outdoor chairs for a couple weeks, and couldn't quite come up with what I wanted, for the price I wanted (cheap!). Then the Ebay gods shined upon me, and I stumbled into an old favorite: a variation of the Marais chair. The original A chair was designed in 1934 by Xavier Pauchard. The story goes that 22 years later his son slimmed down the proportions, added arms, and renamed it the A56. Variations on the chair have been a staple of outdoor seating at French bistros ever since.

The pair that I found have a matte brown powder coat finish, although other brighter finishes are available through Pottery Barn, Design Within Reach. Or through Sundance, as pictured at the top of the post. 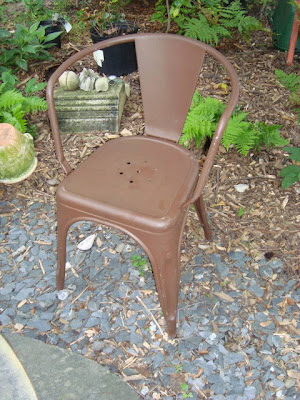 I'm very pleased with how the chairs, bench, and Smithy's old iron chess table work together without being at all matchy. 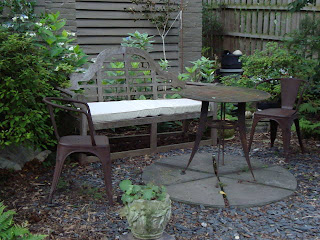 Posted by The Woodshedder at 7:01 AM 2 comments: 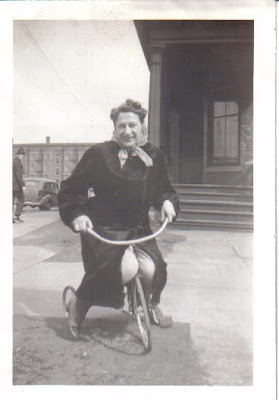 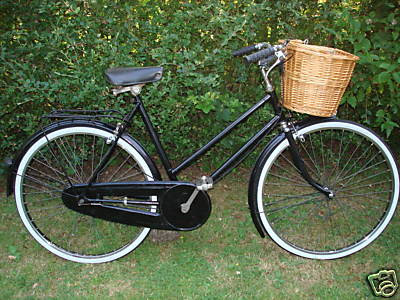 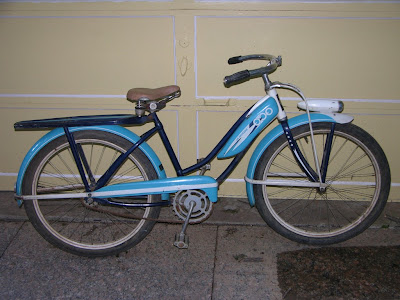 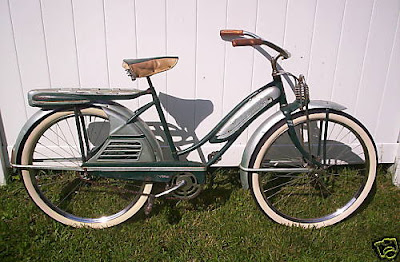 Bikes on the brain!

I've been on a brand new fitness kick for the last couple months. (More on that later.) As part of the new kick, I'm thinking about getting my first bike in many, many years. I'm actually looking for something much more conventional and modern than these. But I'm smitten by all these retro lovelies I've found on Craigslist and Ebay. Enjoy!

Don't they make you want to pop on a pair or vintage Ray Bans, and ride down a country lane with a picnic basket strapped to the bike!
Posted by The Woodshedder at 6:51 AM 3 comments: 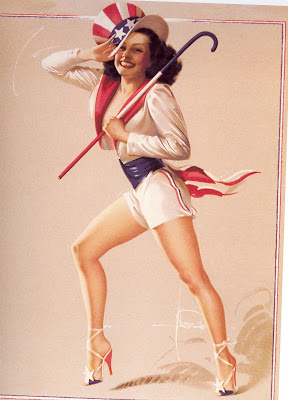 Have a happy Independence Day!

We're starting our weekend right about.....
NOW!
Posted by The Woodshedder at 4:10 PM 1 comment:

The Dog and the Fruit Trees 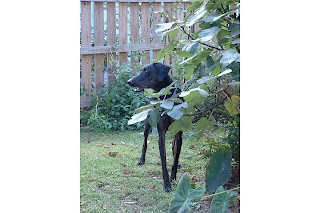 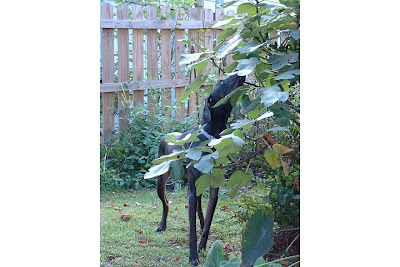 Photographic evidence of why we don't end up with many figs at the end of the summer....
Jack likes to snack on them before they're even ripe!

I also have a couple of low-branching apple trees that finally, many years after being planted, have baby apples on the branches. Pointy Boy has decided that small, hard green apples are his next-favorite tasty treat. We all know what havoc green apples can wreak on the digestive system, right? Y'all, it's not good.

I guess one of the joys of being a dog is that absolute living-in-the-moment consciousness, and the bliss of stealing apples from the tree and crunching them up far outweighs the tummy rumbles (and worse) that come later.

Dogs + Gardens - it's a challenge some days.

For Miss Janey... since she mentioned fig trees recently.
Posted by The Woodshedder at 11:02 AM 4 comments:

It started out normally enough. On the way home from work I picked up the a couple of books, including the brand new book release, Strange Angels, by author Lilith Saintcrow. I'm telling this all out of order because I have more Book Binge posts in mind, but Lilith's Dante Valentine series turned me into an instant Saintcrow addict. Anyway, Strange Angels is her first foray into the Young Adult market.

I'm not sure what I expected of a Young Adult book. I mean, I've read all the Harry Potter books, a few times. And I like Eoin Colfer's Artemis Fowl series. Somehow though, I had the impression that most YA would kinda hafta be....sweet, with some kind of strong moral message, and with gossipy girls. But come on, this is Saintcrow we're talking about, so her main character, 16 year old Dru Anderson, travels the country with her dad, and helps him kill the bad things that go bump in the night. Dru is independent and tough, she occassionally has Visions, and she can cuss like a sailor. Or like a teenager. The book begins about the time that one of her dad's hunting missions goes very very wrong.

Read it. I lost a rainy Saturday to the book, and don't regret a minute of it. If you're like me, you'll want to know What Happens Next. Luckily, there are at least two more books planned in the series; the next comes out in November.

Also over the weekend, I lost my mind.
Just a little bit.
Over this guy: 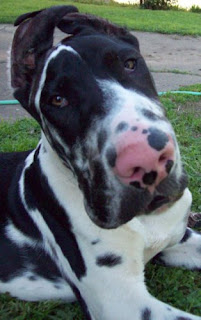 That's Dice. He's a 5 month old Harlequin Great Dane, who is being fostered by a rescue group a state away. I went through a major case of the I WANT's over the weekend, and even filled out an adoption application. I was serious enough that Smithy had to invoke the BSC label: BatShit Crazy. BSC usually comes up when someone (hey, it's not always me!) is doing something illogical, and, well, crazy. Perhaps along the lines of wanting to stuff a 4th dog into a tiny house with a bunch of other dogs that don't particularly want a biiiig little brother. I've slowly inched away from the ledge; I don't think we'll get a spotty bundle of joy just yet. 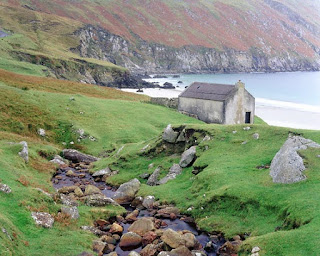 image via
Also over the weekend, I learned that Smithy and his buddies in the Art of Such and Such are really and truly heading to Ireland as part of the performance art for the Electric Picnic festival in September. Smithy had mentioned the possibility months ago, but I was skeptical that it would actually happen. Apparently, yes it will. They're talking plane tickets and passports. So, Smithy and I are thinking about doing a combined Pan-Celtic trip to Ireland and Scotland. I'm at the very beginning stages of planning it, and trying to figure out how much it would all cost, so we'll see where it leads.

And in a last bizarre twist, I got an email from the actor Michael Caine over the weekend. 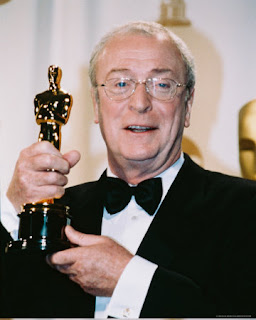 At least he said he was Michael Caine, and he was commenting on an old blog post that I did. As I mentioned in the post, the actor, Michael Caine, collects glassware by the Art Deco era designer/glassworks company Degue. Email-Michael-Caine thanked me for the post, and then pointed me in the direction of a link to an Australian interview with him about his collection. Which is pretty much the same link I had shown in my post.

And this particular 'Michael Cain' doesn't know that the real Michael Caine spells his name with an 'e' at the end.
Huh.

Actor Michael Caine seems like a charming and intelligent gentleman. And he certainly seems like someone who would know how to spell his own name.

Dear Trolls and Aussie TV PR Flaks, if you're going to impersonate someone famous, please learn how to spell their names! 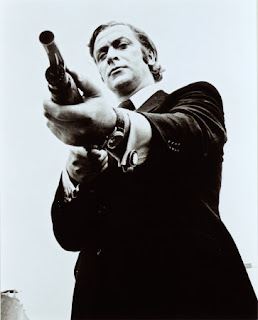 Love, the Great Dame
Posted by The Woodshedder at 6:13 AM 2 comments: 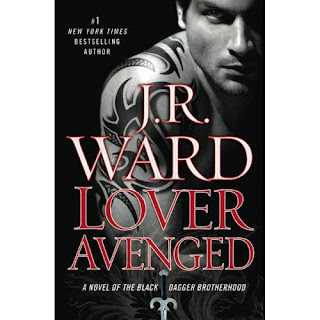 2) While surfing around for other things, I found this website: Loves Vampires. It's a website dedicated to 'vampire fiction' and they occasionally interview authors. There's a fairly recent interview with J.R. Ward that gives an interesting insight into how she views her own characters.

3) Vampire-ish, but not strictly related, I can't say enough good things about the Cleolinda Jones: Occupation, Girl site, especially her installments of The Secret Lives of Dolls (SLoD). Cleo is a writer of many talents and much humor. She is also a doll/action figure collector, and her Shelfian community is a pan-fandom mash-up of characters from a variety of movies, including several characters from Lord of the Rings, The Golden Compass, Pirates of the Carribbean, Van Helsing, and probably a few more. And, as of last week, the community on the Shelf also includes not one but two sparklepire versions of Edward Cullen from the Twilight saga. Once you get past any lingering hesitation you might have about reading about dolls, then it's a fantastic and hilarious serial story -with photos!- about a bunch of characters that you probably already like. And Cleo's ability to draw out different sides of the same character, the way she's done with The Littlest Edward and Tonner Edward (or EdwardTallen, take your pick) is wonderfully insightful. Go check it out! 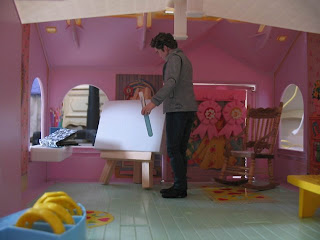 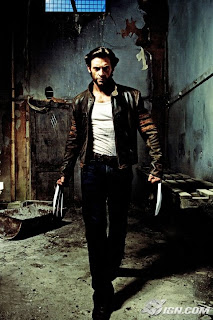 Posted by The Woodshedder at 6:43 AM 4 comments:

The Woodshedder
Southeast, United States
Hi. I'm Jenn. And, among many other things, I'm a bass player. I've succeeded in some things, and failed in others. I've been lost, and I'm learning how to find my way. I've been called quiet, and now I'm finding my Voice. Some days I have a rock and roll heart. And some days I can't even begin to find the Groove. But every now and then, the Groove finds me - if I'm open, and I give it a chance. This blog is about exploring the new paths in Music and Life. I hope you'll mosey along with me.

"Where I was born, and where and how I have lived is unimportant. It is what I have done with where I have been that should be of interest."
Georgia O'Keefe

All Around Cool Links